Language
Home > English > ABOUT US > About DMU >
ABOUT US
Founded in 1909, Dalian Maritime University （DMU） is one of the largest and best maritime universities and is the only key maritime institution under the Ministry of Transport, China. Regarding “Scientific Navigation” as its educational feature and through years’ of hard work and development, DMU today enjoys a high reputation internationally as an excellent center of maritime education and training as recognized by the International Maritime Organization. As a comprehensive university, DMU also provides complete sets of academic disciplines at both undergraduate and postgraduate levels, including liberal arts, science, engineering, management, law, economics, philosophy, and foreign languages. 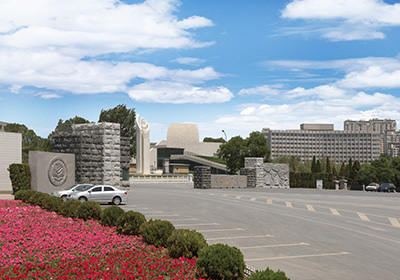 
Dalian Maritime University (DMU) is the key maritime institution under the Ministry of Transport, People's Republic of China. DMU is one of the key universities in the national "Project 211" and first-class disciplines. The Ministry of Transport, the Ministry of Education, China's State Oceanic Administration, Peoples' Government of Liaoning Province and Dalian Municipal Government agree to make joint effort in the development of the University. The University is regarded as "the Cradle of Navigators"and is a famous higher maritime institution in China. DMU enjoys a high reputation internationally as an excellent center of maritime education and training as recognized by the International Maritime Organization (IMO).

The long history of the University represents the development of China's higher maritime education, which can be traced back to 1909, when the Nanyang Institute in Shanghai established a Shipping Management Section. In 1960, the University was designated a national key university. In 1963, the semi-military management started in the ocean-going majors as authorized by the State Council. In 1983, the Asia-Pacific Region Maritime Training Center was established at DMU by the United Nations Development Program (UNDP), and the IMO. In 1985 a branch of the World Maritime University (WMU) was established. In 1997, DMU became one of the member universities of "Project 211", a plan to build one hundred national-level universities in China. In 1998, it was the first maritime university in China to receive the ISO9001 Certificate. In 2017, the University was selected as one of the key universities which will participate in the country's construction plan of world-class universities and first-class disciplines. Through continuous construction and development, the scale and the level of running school of the University have been prior to other maritime institutions in the world.
The University consists of 21 teaching and research units. The current student population has risen to approximately 20,000. Additionally, the university enrolls overseas students for bachelor, master and doctoral Degrees.
Presently DMU has 7 post-doctoral programs (R&D base), 38 Doctoral programs, 115 master's degree programs, and 50 undergraduate programs. Besides, DMU owns 2 national key disciplines,14 key disciplines of provincial and ministerial level, 2 provincial key disciplines (nurture) and the engineering disciplines rank in 1% in ESI. DMU has 1 National Engineering Research Center and 2 national Science and Technology Cooperation Bases. The University is authorized to confer MBA, MPA, J.M, MTI, MEA, M. Eng., and on-the-job master's degree. DMU has a highly qualified faculty team of 1170 staff, including 297 professors, 132 full-time doctoral supervisors, 25 professors of second grade, 62 professors of third grade and a large team of promising young lectures.